GOTHENBURG (September 16, 2019) – Kearney Country Club did it again. The club won its fifth title in 10 years, taking the 2019 NGA Interclub Championship at Wild Horse Golf Club in Gothenburg on Monday.

Kearney CC dominated the day to add the 2019 title to its wins in 2010, 2013, 2015 and 2017. It was a 21-3 victory over Oak Hills Country Club from Omaha in the Final, as Kearney CC nearly swept both the Singles and Four-Ball matches, winning all but one of each. Oak Hills CC was only able to win one Singles match, and tie one Four-Ball match. 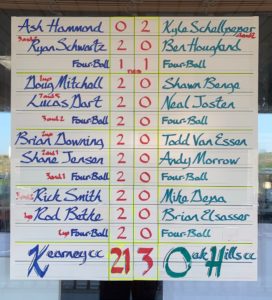 Doug Mitchell, Lucas Dart, Brian Downing, Shane Jensen, Rick Smith and Rod Betke all were able to win both their Singles and Four-Ball matches in the Final. Ryan Schwartz also picked up a win in his Singles match, and tied his Four-Ball match with partner Ash Hammond, the head professional at Kearney CC. 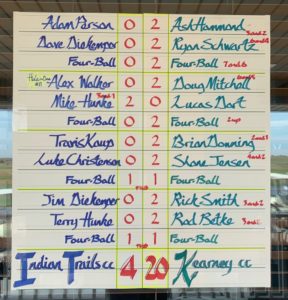 Indian Trails did have the highlight of the day though, as member Alex Walker made a hole-in-one on the par-3 11th hole. Walker used a gap wedge on the 113-yard hole. 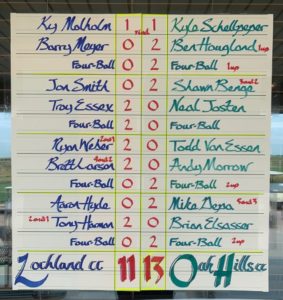 For full results and more in the NGA Interclub program, visit the button below.