Gutschewski and Zielinski, Catholics vs. Convicts, finished with a team total of 148 (+6) to win the title by six strokes. Gutschewski led the way with a round of 69 (-2), also taking the individual title. The 2019 Nebraska Junior Match Play Champion had the low round of the day by four strokes. Zielinski posted a 79 (+8) to tie for seventh and help his team to the win. Gutschewski is a junior at Mount Michael Benedictine, while Zielinski is a senior at Omaha Skutt Catholic. 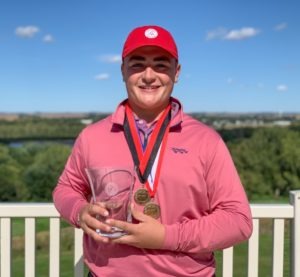 Two teams tied for runner-up honors at 154 (+12), including the winners of the first FJS event, PIN SHOT. The team of Rex Soulliere, Jacob Hellman and Porter Topp, all of Omaha, finished in a tie with Weapons of Grass Destruction, Josh Kramer, Jack Truscott and William Buechler, also all of Omaha. Soulliere was the low of the bunch, leading PIN SHOT again with a round of 73 (+2) to also finish runner-up individually. Hellman posted an 81 (+10), while Topp shot an 83 (+12). Kramer, who won the first FJS event in a playoff, followed his win up with a 76 (+5) and a tie for third. Truscott put together a 78 (+7) to finish sixth, while Buechler added a round of 82 (+11). 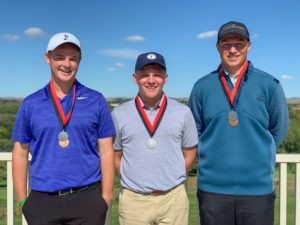 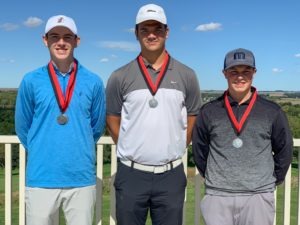 Jake Hagerbaumer of Hooper and Jake Boor of Omaha tied Kramer for third with rounds of 76 (+5). Norfolk’s Isaac Heimes, Omaha’s Teddy Peterson and Lincoln’s Daustin Manske rounded out the top 10 in a tie for seventh with Zielinski at 79 (+8). 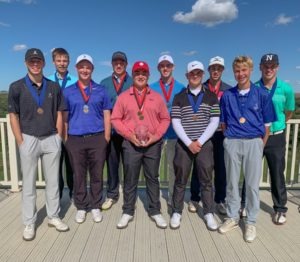 The Fall Junior Series concludes on Sunday, October 13 with the reschedule Explorer competition at Fremont Golf Club. Play will begin with a 9:30 a.m. shotgun start.

Full results and more are available on the FJS website at the button below.