The Winners Win Another FJS Title

The Winners Win Another FJS Title

YORK (October 17, 2020) - The Winners won a second-straight event to cap the 2020 NGA Fall Junior Series, with the Frontier at York Country Club on Saturday.

The Winners, the team of Luke Gutschewski of Elkhorn and Jason Kolbas of Lincoln, captured the team title by 13 strokes with a 139 (-1) total. Gutschewski, a senior at Mount Michael, was the only player to break par, taking the individual title with a round of 69 (-1). Kolbas, a senior at Lincoln Pius X, finished just a stroke back in second at 70 (E). The Winners took the Pioneer event at Norfolk Country Club a couple weeks ago, with teammate Christopher Atkinson of Omaha, who did not compete in the Frontier. 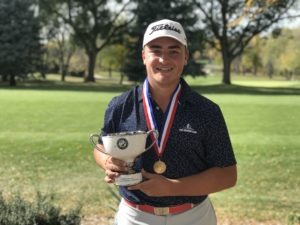 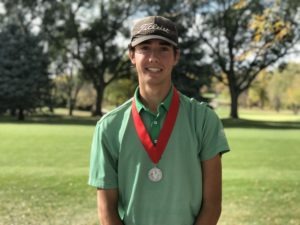 Gretna's Beau Petersen shot the only 75 (+5) to take seventh, while five players tied for eighth to round out the top 10. Omaha's Tommy Kelley, Omaha's Rex Soulliere, Lincoln's Kody Sander, Lincoln's Caden Kearns and Fremont's Brady Davis all posted rounds of 76 (+6) to earn a medal.

Back to the Kuchar, the leader in the team point standings entering the final event, finished in a tie for third at 154 (+14) with two other teams. Kelley led the team with his 76 (+6), while Lincoln's Thomas Bryson shot 78 (+8) and Elkhorn's Trevor Gutschewski finished with a 80 (+10).

The FJS All-Star Team and Team Champions will be announced on Monday. Full results and more are available at the FJS website below.